Listen to the Honky Toker POTCAST
As part of Honky Toker's quest to Make America Cosmic Again, I present to you this entirely subjective list of 50 essential albums for attaining higher country music consciousness. 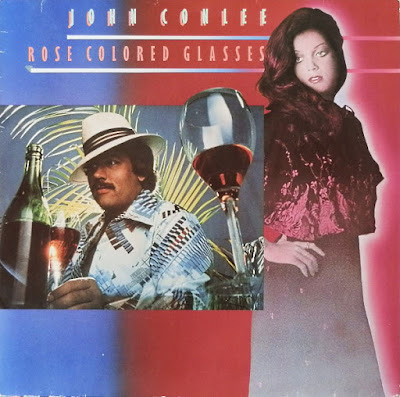 As a vocalist John Conlee belongs in the same elite class as Vern Gosdin and Keith Whitley, though he's often been overshadowed and has all but faded into obscurity over the years. Hell, even when he was charting hits in the late 70's and early 80's, even most die-hard country fans probably couldn't recognize him sitting at the bar.
Rose Colored Glasses was Conlee's career breakthrough--after years of supporting himself as a DJ and a mortician--with three Top 10 singles. The recording is definitely a document of its time and place--somewhere between countrypolitan and Urban Cowboy--with piano and strings dominating the songs, which are otherwise straight barroom country. Light one up, relax, picture yourself sitting on red vinyl upholstrey in a candlelit lounge while listening to this album, and you might dig the ambiance though.