Listen to the HONKY TOKER POTCAST
As part of Honky Toker's quest to Make America Cosmic Again, I present to you this entirely subjective list of 50 essential albums for attaining higher country music consciousness. 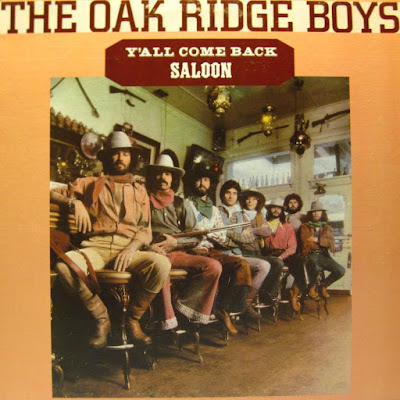 In 1977 The Oak Ridge Boys transitioned from sacred to secular music and began their path to being country superstars. Though the songs were secular (and the band adapted an "outlaw" image for the front cover), The Oak Ridge Boy's gospel harmonies remained, and their unique sound propelled them to success with three Top 10 hits and two Academy of Country Music awards.
The Oak Ridge Boys remained wholesome enough for county fair circuit, but let their hair grow out long enough that they came off like a hipper (and more hillbilly) version of The Statler Brothers. Find this on LP or 8-Track, turn it on and get to tokin'!