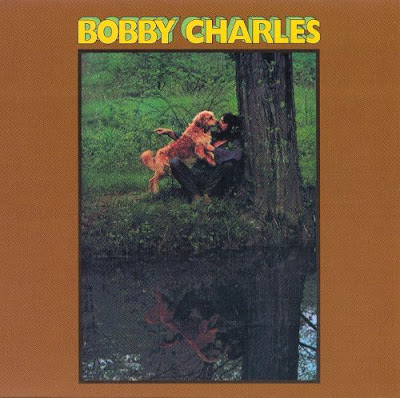 Bobby Charles spent the last half of the 50's and the first half of the 60's playing Cajun-influenced R&B (dubbed "swamp pop") and writing hits for Bill Haley and Fats Domino. In the late 60's Charles began incorporating country into his sound, not too dissimilar from what Charlie Rich and Elvis were doing musically at the time. When he recorded his debut full-length album, though, instead of hiring players from Muscle Shoals or Nashville, Charles enlisted Rick Danko of The Band to back him, which was a hip--though not radio-savvy--choice for the time.
Bobby Charles is a definitive document of Southern soul music, where zydeco, blues, R&B and country coalesce. Danko's production incorporates surprisingly little rock and roll and leaves the song live-sounding and organic--with the album sounding understated and funky, emitting a green haze of mellow vibes. Unfortunately it would be the last album Charles released for over a decade after it experienced disappointing sales, but Charles' songs would be covered by such high profile artists as Ray Charles, Kris Kristofferson, Etta James and David Alan Coe, helping him to keep an acclaimed--albeit low--profile until his death a decade ago.