Listen to the HONKY TOKER POTCAST
In Honky Toker's quest to Make America Cosmic Again, I present to you this entirely subjective list of 50 Essential Recordings for attaining higher country music consciousness.
Gene Watson Should I Come Home ('79) 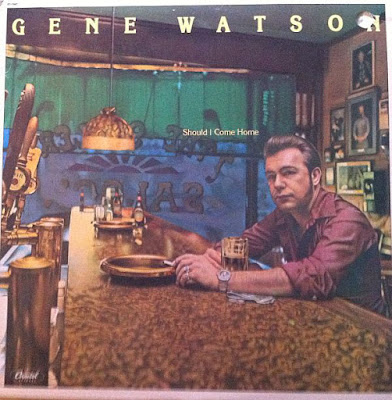 Gene Watson is criminally underrated as an artist in spite of making some of the best hard country music of the 1970's. Watson's voice was pure Texas honky tonk and his music seldom strayed from the beer hall formula of fiddle, steel and some maudlin commentary, but it's the fact that it's easy to believe Watson as he steps into the personas of everyday underdogs that makes him a preeminent balladeer.
All of Watson's work for Capital Records in the 70's is stellar, Should I Come Home arriving at the end of the decade--and arguably the apex of his career. Reflections, from the previous year, is a contender for my favorite Gene Watson album, but the title track and the inclusion of "The Beer at Dorsey's Bar" make this one essential. Other highlights come when Watson branches out from barroom country, such as on the so-insipid-it's-infectious AM Gold of "Circle Driveway" and the swamp boogie of "That Evil Child" that sounds somewhere between disco and Bocephus.
It's inconceivable that Gene Watson isn't more venerated, but it may have to do with the fact that he fell between the cracks as the outlaw movement morphed into the Urban Cowboy era. It doesn't get any better for honky tonk music in the late 70's or at any other period in the genre for that matter.