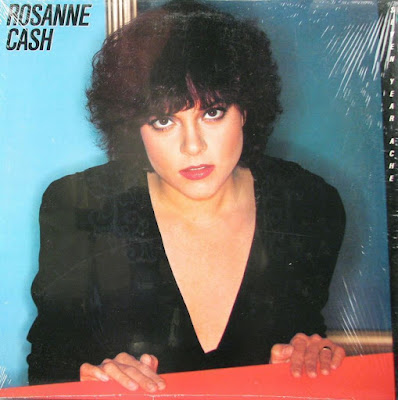 Seven Year Ache somehow managed to sound like nothing else in 1981 and yet sound completely contemporary for its time. It blended heartland rock and LA country with synthesizers and a sheen production, which perfectly complimented Rosanne Cash's savvy songwriting and contributions from her then-husband Rodney Crowell, Tom Petty and Steve Forbert.
Cash and Crowell called it "punktry," but it was commercial enough to spawn three number one hits and to catapult her to stardom. The songs are great, her voice is snarky and sultry at turns and the band (which included Vince Gill, Booker T. Jones and Albert Lee) was top-notch. Her subsequent work has always been interesting and innovative, but Seven Year Ache is the cornerstone of her career--where she stepped out of her dad's shadow, embraced his legacy, and began her own as a great American artist.