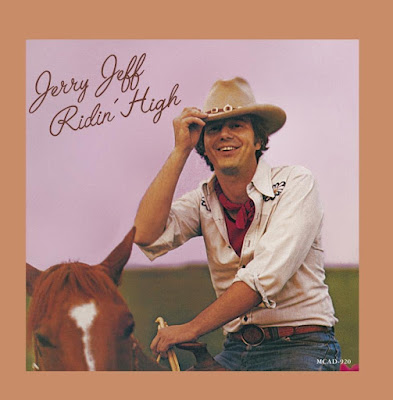 Jerry Jeff and his Gonzo Band were high and loose when they recorded Ridin' High, but they tried to gussy up their sound (if not their image) by incorporating a few top-notch Nashville studio cats, Johnny Gimble's immaculate fiddle and a horn section. But the inclusion of session players did little to corral the band's visceral energy and cosmic consciousness, and even the seasoned vets sitting in seemed to get swept up by the revelry.
Walker only wrote two songs for the album and relied on Willie Nelson, Jesse Winchester and Guy Clark for it's best material, but he's such a great interpreter of others' words, it's easy to imagine that he's speaking from personal experience rather than as a sympathetic narrator. Walker uses the full range of his big-bellied voice on this album, sounding like the most stoned cowboy in Texas--seasoned, ragged, ornery and lazy all at once. The perfect album to listen to for lighting up letting shit go.