Honky Toker's 50 Essentials: #37 David Crosby "If I Could Only Remember My Name"

Listen to the HONKY TOKER POTCAST
In Honky Toker's quest to Make America Cosmic Again, I present to you this entirely subjective list of 50 Essential Recordings for attaining higher country music consciousness.
David Crosby If I Could Only Remember My Name ('71) 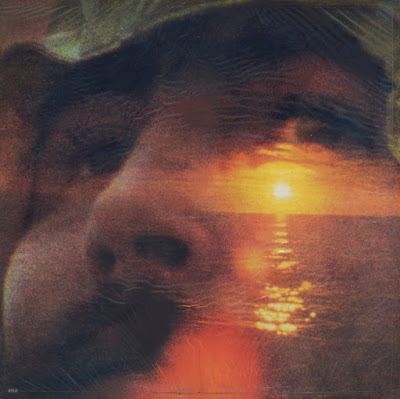 A landmark of so-called "canyon rock" (referring to the Laurel Canyon scene  of the 60's and 70's), which was a wild social and musical experiment with a bunch of soon-to-be rich (or rich already) hippies partying like rock stars; which most of them were. Most of the bands that comprised the country rock scene of the era had members who were residents, including The Eagles, Poco, The Byrds, The Flying Burrito Bros., Linda Ronstadt, Emmylou Harris, and Crosby, Stills, Nash AND Young.
After the breakout success of the aforementioned CSNY, David Crosby took a retreat and recorded the ethereally bizarre If I Could Only Remember My Name. The music blends the sun and smog of Southern California where it was begat, with it's warm, (mostly) gentle, light and hazy atmosphere. The songs, not surprisingly given the political and personal angst that was present in 1971 (post Manson and pre-Watergate), sound simultaneously reaching for a universal connection and isolation and disassociation, as if they're trying to decide which path leads to enlightenment.
As a founding member of The Byrds and Crosby, Stills, Nash & Young--two of the most (if not the most)--defining bands of their era, Crosby had already invented alt-country, become a massive folk and pop star and retained all of his artistic credibility. If I Could Only Remember My Name was a well-earned vanity project, though upon its release it was  universally abhorred by the music press. The songs are layered and wispy to the point that verses and choruses seem to vanish. In fact, words vanish altogether by the seventh track, the appropriately titled "Song With No Words (Tree With No Leaves).
Despite eventually going Gold, If I Can Only Remember My Name is so far from being commercial, it had to have been Crosby's intention--because he knew damn well how to write a hit. It's rock and it's folk and it's country and it's psychedelic and it's...weird. The album sounds like Crosby--much like his generation at the time--didn't know which path to pursue going forward, so he scattered his mind into multiple directions at once, hoping every part of it arrives intact at the same destination in the end. I'm not sure Crosby--or his generation--ever arrived at that final destination and achieved any enlightenment (if they did, they're keeping it to themselves), but this album is sadly beautiful reality to stumble across. Repeatedly.