Listen to the Honky Toker POTCAST
In Honky Toker's quest to Make America Cosmic Again, I present to you this entirely subjective list of 50 Essential Recordings for attaining higher country music consciousness.
The Byrds The Notorious Byrd Brothers ('68) 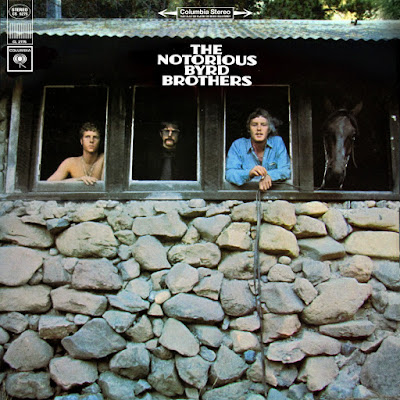 Recorded as the band was kicking David Crosby out and right before bringing Gram Parsons in, The Notorious Byrd Brothers should have been a stop-gap at best or a career-ending disaster at worst. Instead it has the best mind and genre-altering music The Byrds ever made, though the bookend albums Younger Than Yesterday and Sweetheart of the Rodeo get more praise.
Space rock, psychedelia, folk and country burst out intermittently (sometimes in the same song), invoking both futurism and Americana and pop and avant-garde (again...sometimes in the same song). It was a bizarrely beautiful collage of sounds, moods and atmospheres--perhaps not deliberately given the state of the turmoil The Byrds were in when they were recording the album.
The band would go in a decidedly country direction with Parsons on board, relasing Sweetheart of the Rodeo later the same year, but if "alt country" has a true origin, it's The Notorious Byrd Brothers.